As we are approaching the end of this year, I would like to talk about two films that I enjoyed watching in 2019. It may be coincidence, or maybe not, but these two movies are available around the same time and have similar themes. Both movies play around with the power of conversations. While ‘Kim Ji-Young, Born 1982’ is a Korean film, ‘Marriage Story’ is American and is more widely accessible since it is available to stream in Netflix.

‘Kim Ji-Young, Born 1982’ is based on a fiction novel by Cho Nam-joo that was published in October 2016. Cho only took two months to write the novel as the character’s life relates to her own life. She mentioned that “Kim Ji-young’s life isn’t much different from the one I have lived. That’s why I was able to write so quickly without much preparation.” 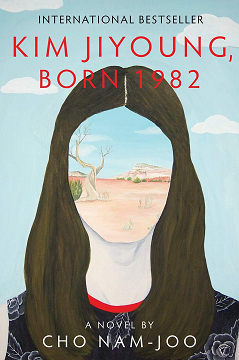 The novel is a critique of the patriarchal system that is still very much alive in South Korea’s women’s lives that depicts what happens from childhood to adulthood (after marriage). The lead actor (Gong Yoo) and actress (Jung Yu-mi) were brilliant in the film. Even from the opening scene, we can already sense the tension in this film. This film would like to also show how being a stay-at-home mother is never an easy feat. Everyone will have a desire to accomplish things outside private life, however, this is easier for men than it is for women. A secret that is often kept secret is the fact that most women go through depression while trying to be a good mother. This film explored that taboo subject. I will not gave away the film’s ending, but it is more positive than ‘Marriage Story’ for sure.

‘Marriage Story’ is also inspired by the experience of its own director. Baumbach himself has been divorced from Jennifer Jason Leigh and has used his parents’ divorce as inspiration for his previous film. He said, “I have a real connection to the material … [but] I was also at a time in my life where many of my friends were getting divorced. I saw it as an opportunity to do something more expansive, so I did a lot of research. I interviewed a lot of my friends, and friends of friends, and then also lawyers, judges, mediators.” Adam Driver perhaps has shown one of his best performances yet, having most well known for a HBO TV Series ‘Girls’.

The film as many positive aspects, such as directing, script-writing, acting and editing. Acting for the below scene is done according to the script created by the director, showing the depth of the script itself.

The opening and closing scenes work as sequences and works well together, without giving away the plot of the film.

Most of all, this is a film that looks really realistic since it is based on quite a lot of research. People do not have to be married to understand this film as the film will definitely show us how it feels to be main characters, Nicole and Charlie. The film also built emphaty for both characters even though they are experiencing divorce. This is something really rare as divorce is often depicted as husband or wife’s fault but never both. Here’s a review of how the film uses editing for empathy, which really works well with the script-writing, acting and directing of the film.

If you haven’t watched both of these films, I encouraged you to do so (soon!)

A feminist named Nadira Irdiana who is currently living in Jakarta, Indonesia. Passionate about and have 10+ years of experience in gender equality, youth engagement, social inclusion, child protection programming, human rights advocacy, partnership, monitoring, evaluation and research. While she continues to contribute in the international development sector, she also secretly dream to be a film director or a scriptwriter. Most of the time, you will find her constantly thinking for solutions to world problems.